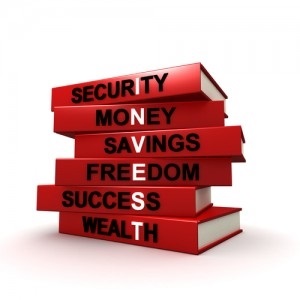 On your last day of work, when you finally retire, you may think you are past the financial finish line. But in reality, it is just the beginning. Investing, taxes and financial planning completely change once you retire. For decades you were in the money accumulation phase of life, your goal was to get enough money to retire. Now you’re in the in the distribution phase, living off of the money you spent a lifetime gathering. Here are three things you need to think about after you retire. Stick to getting these three things right and you are well on your way to a financially successful retirement.

Investing. Once retired, most people have all the money they are going to get and they need to make it last the rest of their lives. Yet many are being too aggressive or too conservative. Some retirees invest as if they are still madly trying to accumulate enough to retire, and still others are just the opposite, they want to put their money in CD’s or are looking for guarantees. You need a balanced approach which means you need some of both. You need some stocks for growth and some bonds for stability and income. If you are looking for guarantees it’s going to cost you a lot of money and likely won’t give you a better outcome than a balanced approach.

Tax Strategy. People are surprised when they retire because there are many more moving parts to distributing your money than there was to saving it and taxes can get complicated very quickly. You can pay a lot more or less in taxes depending on where you draw your money from. You need to find the plan that’s right for you that reduces your taxes long term.

Let’s talk about the long-term tax situation in America. The news media and the financial community’s narrative has been that the long-term tax rates for you, the average American are going sky high. They say politics, inflation, and the trillions of dollars the government is spending is going to force your taxes substantially higher. So, their call to action based on scaring you with higher taxes is that you should cash in some of your IRAs or do a ROTH conversion and pay lower income taxes now so you don’t have to pay nose bleed, life crippling taxes later.

That may be true for the 1.8% of Americans that have incomes over $400,000 a year, but probably not for the other 98.2% of us. It is always better to defer taxes unless there are going to be substantially higher taxes later.  If you can get money out of an IRA and pay taxes now at 12% or 22% you might want to do that, but don’t get scared into doing it because they say your income tax rates are going to 35%. As bad as it is, there is nothing in the current or proposed tax legislation today that substantially raises income tax rates for those making less than $400,000.

Fees and other costs. Most retires don’t know how much they pay and many don’t care. I met with a couple of retirees not so long ago who were paying more than half as much in fees and costs as they were taking in income from their accounts. Fees and expenses become much more important once you are retired especially in this low interest rate environment. Don’t depend on the information your financial advisor shows you. Find out for yourself what you are paying in total, for everything, in dollars, and pretend you have to write a check for that amount. Would you still pay those fees every year or would you do what you usually do when you spend large sums of money, at least look around for a better deal?