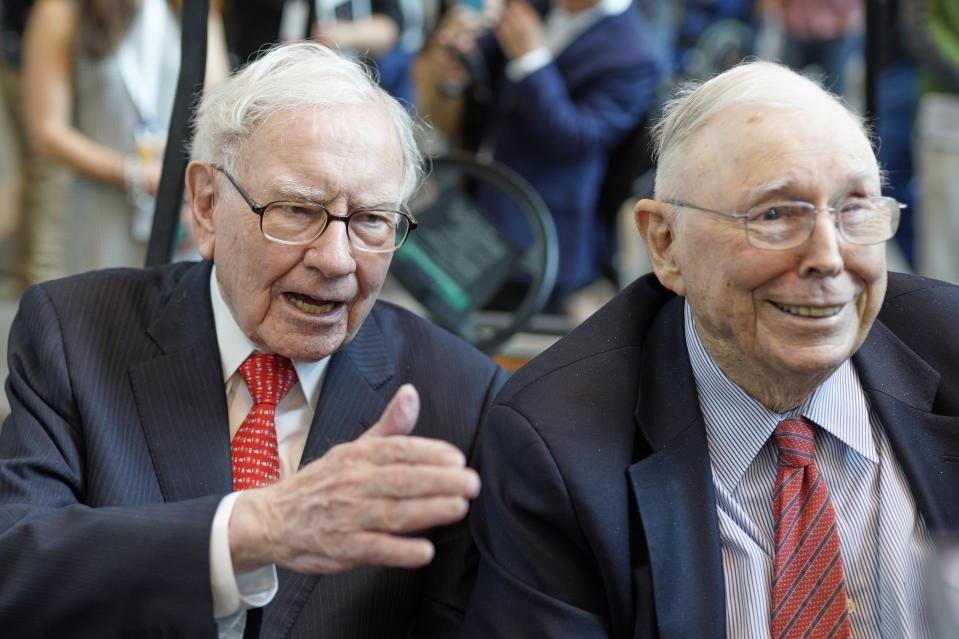 At the annual meeting Buffett and Munger tell their shareholders about their investment philosophy and answer questions. Buffet is 90 years old and Munger is 97 and this year they answered questions for more than 3 hours.

But their investment philosophy is contrary to a lot of what is going on in the markets now and I am seeing a lot of blog posts and other opinions about the Berkshire annual meeting and a lot of them are centered around the idea that “the old men don’t get it”. Buffett and Munger just don’t understand that investing is different now. These people don’t think the old guys take on the markets and investing are even worth listening to today, and worse some of them think that the advice they are giving may be doing more harm than good.

At the meeting, Buffett and Munger criticized most of the new investments like crypto currencies, SPACS and a lot of the companies that have no earnings or an inflated stock price. They criticize Robinhood (a no commission brokerage firm) as being more like a video game than a place to invest. But their critics point to the trillions of dollars that have been made in these types of investments. They say Berkshire missed out on billions of dollars of profits by not investing in these areas. They say you can’t rely on the Berkshire Hathaway meeting anymore to tell you how to invest your money.

It’s true Berkshire doesn’t invest in any of these new ideas. A lot of these things are new and exciting and a few people have made a lot of money. The early investors, celebrities and promotors of some of these ideas no doubt have made billions. And many people bought into these things while the momentum was carrying them to ridiculous prices. No doubt the promoters made money, but did the average investor make money? Time will tell. To call many of these new companies and cryptocurrencies investments is a stretch. They are more a speculation than an investment.

That doesn’t mean some of these new speculations won’t be successful long term but it’s too early to know which ones will survive and thrive. If you pick the ones that are winners you will just be lucky. Buffet said that there is a lot more to picking stocks than figuring out what’s going to be wonderful industry in the future. He used the analogy of the auto industry in the early 1900’s. Everyone knew the automobile was going to be wildly successful and at one time there were over 2000 car companies. Investors invested in all of them but by 2009 there were only 3 left and two of them were in bankruptcy.

Those that scoff at the old guys don’t understand that they are investing other-people’s money. You cannot gamble with other-people’s money. The old guys believe in this old-fashioned idea that you have to get some kind of measurable value for the money you invest. In addition, they believe that you have to pay less for an asset or a company than you think it is worth. They require their investments to produce long term income and price appreciation. These new types of investments can’t do that yet.