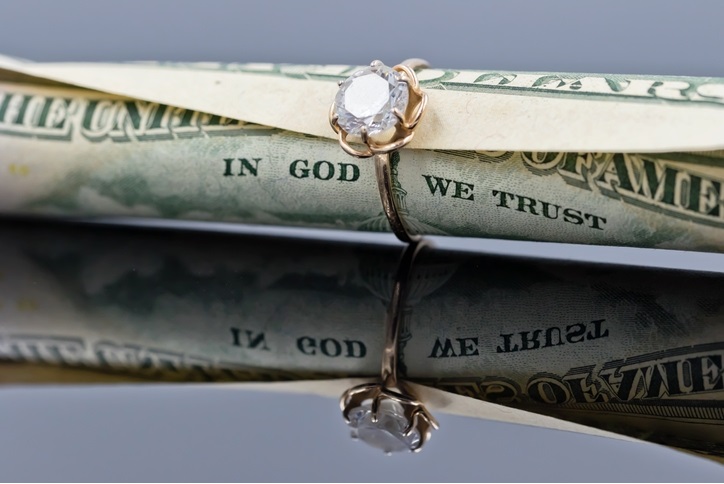 For almost three decades, I’ve been helping people become financially successful mainly by giving advice about how to save and invest. In that time I’ve seen my share of people making bad financial decisions. I’ve learned that for people to be financially successful they must consider every money decision carefully and for married couples that means making the decisions together. Too many times I have met with married couples and one of them has no idea what is going on.

In a case like that I try to get the “silent partner” to share more about what their thoughts are and get them a little more engaged with the process. Sometimes it’s hopeless. The silent partner doesn’t want to know anything, doesn’t want to learn anything and seemingly doesn’t care. And they certainly don’t want to talk about money. Sometimes I think I should have paid more attention in those psychology classes because getting people to talk is tough. I feel like telling them to come back every week for the next year because it’s going to take at least that long to get both partners engaged and on the same page. If both sides of a couple are not participating and agreeing on important decisions concerning money it’s not hard to imagine what else is going on in their relationship.

If money is not the biggest cause of friction within a marriage, it’s got to be close. Many times opposites attract. One is a spender the other is a saver. One is a risk taker, the other is a risk avoider. One avoids decisions about money, the other worries about it. Often opposites compliment each other in a relationship, but opposites can also lead to lead to friction. If not nipped in the bud and allowed to fester, this friction will have a devastating effect on finances and marriages.

Both halves must come together tOo for a successful marriage. “Doing your own thing” doesn’t work.  If you can’t compromise and figure out how to work together for a common outcome, you are in trouble. How and where to spend money and how much debt you should have needs to have predetermined limits. Finances need to be transparent. One person cannot hide spending or debt from the other.

Marriage is hard enough with all the demands on your time so finances may get put on the back shelf. But you have to realize that each little money decision is extremely important. I think the most important decision couples can make is how much debt to take on. In my opinion you shouldn’t take on any debt except for a mortgage. But I see couples with good incomes who have no money left at the end of the month but lots of payments.

The sooner a couple can agree on limits on debt the better off they will be financially. I think most people know this but it’s better to save up for what you want and then buy it rather than getting it now and paying later. It’s much easier said than done. Couples just don’t figure out how much their debt is really costing them before they buy.

Planning is the key for couples. You should sit down once a month and talk about how much money comes in and where it is going to go once you have it. With all of the banking, budgeting and aggregation Apps available today this is super simple to do and can be done in real time on your phone.